I came to Jessica, because I often strained my voice while lecturing, which resultet in a feeling of having a lump in my throat and a tired voice at the end of the day. I had a difficult time reaching out with my voice and experienced often that people had a hard time hearing my words.

In a very pedagogical way, Jessica made me aware of my (bad) habits and patterns regarding my voice, that have probably been there my whole life, but I haven’t had to think about them, before they caused problems.

She has helped me not only with concrete exercises, but also with handling the anxiety. After already a few times, I experienced less fatigue and strain after lectures, as well as a stronger presence and a feeling of security while standing in front of a class.

I can totally recommend Jessica.
When I first came to her, my voice seemed completely destroyed. It disappeared whenever I would speak or sing, and I had to do that a lot in my work.

Jessica taught me excercises to build up a well functioning technique and already after the first appointment, I noticed a difference. After two appointments, my lost voice reappeared again. The pain, as well as the tired feeling, in my throat dissolved and I could start singing again. I have received both theorical knowledge and practical exercises, that I can use to take care of and have control over my voice.

I came to Jessica for help with controlling and strengthening my voice and getting rid of the “lump in my throat”-feeling I very often had. After having been to Jessica’s, I now know how to use my voice the right way. When the lump-feeling returns, I know how to go about it to get rid of it again. It has helped me both personally and professionally.
Jessica taught me both about physiology, volume and breathing, things I never had thought about nor been in control of before. Now I finally feel comfortable with my voice.
Frida Ottosson

Jessica met me five times for a voice treatment, because, over the course of many years, I had been experiencing that my voice had a low volume and I had a hard time raising it, without feeling tension and stress in my throat.
In my future job as a teacher, of course it is very important for me to have both a sustainable and audible voice.
Jessica helped me to become more aware about things I did, and did not, with my voice. I obtained tools to be able to work with, and have, a controllable voice, that can be strong when it’s needed. I had several eureka moments and received a combination of different knowledgeabe facts, that I would not have been able to get anywhere else.

When my son came to Jessica, he was very introverted and shy. He could not pronounce many words, understand sentences or communicate verbally with others, så he used his body language. He had an aversity against body contact and was very sensitive about food. He definitely never wanted to try new tastes or dishes.

We had been seeing other speech therapists for years, but felt that nothing happened. Our son was standing still in the same spot.

But then, we got to know about Jessica. She started working with our son, and he started a in special group for kids with severe speech- and language disabilities and already after a few weeks, we started noticing a big difference. He was more outgoing and showed more initiative, he started being able to pronounce words more clearly and understanding simple sentences. After a few months, he was fully understandable and started having fun in his life. He got a higher status in the group and lots of kids wanted to play with him.

Jessica helped him grow, not just in speech and communication, but also his personality.

Thank you so much, Jessica, for everything you have done for our son. Without you, we would never have been were we are now. 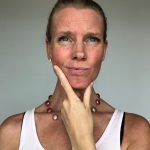